Study: ‘eco-littering’ could blight the UK due to confusion 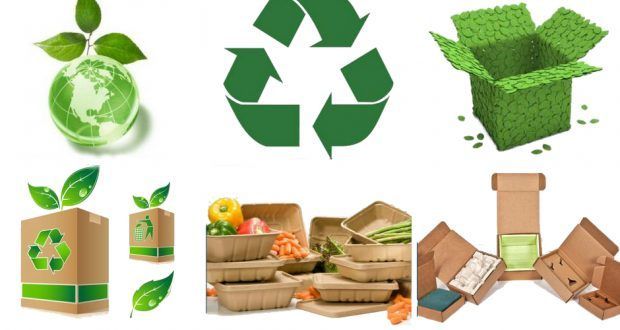 Plant-based food and drink packaging company RawPac is warning that confusion around ‘compostable’ packaging could lead to an increase in ‘eco-littering’ as one in five (18%) consumers admit that they’ve dropped ‘compostable’ food and drink packaging outside, mistakenly thinking it’s okay to do so in the belief it will quickly rot down where it is. And 38% of people say they’ve had to remove compostable packaging from their home compost bin because it didn’t break down, without realising that this kind of packaging must be dealt with at specialist recycling facilities.

The study of 2,000 UK consumers revealed some confusion over environmentally-friendly food and drink packaging labelling with some saying they are losing patience with the lack of recycling options available to them.

18% of those questioned said they ‘don’t see much benefit’ in recycling their packaging as ‘it ends up in landfill anyway’ and 29% regularly put their compostable food and drink packaging in normal public litter bins. And despite frustrations from consumers, putting packaging labelled as ‘compostable’ in a normal litter bin still benefits the environment, as it requires less resource to handle at landfill than other packaging.

Owner of Manchester-based RawPac, Tim Wilson, believes the confusion over the term ‘compostable’ could lead to an increase in eco-littering by consumers who are buying this packaging in good faith to help the environment.  He believes consumers want plastic-free packaging, but are becoming frustrated at the lack of public composting facilities and confused by mixed messages about what they can and can’t do with take-away food packaging and coffee cups.

“Home composting isn’t suitable for most ‘compostable’ food and drink packaging. This sort of packaging requires a commercial composting facility for it to break down. But consumers can be forgiven for being confused. After all, it often says ‘compostable’ on the packaging. That’s why we’ve started calling our products ‘plant-based’, rather than ‘compostable’. It manages expectations,” he said.

Younger consumers are most likely to believe it’s okay to drop litter if it’s compostable. 28% of 18-34 year-olds said they’d dropped litter that was marked ‘compostable’ thinking it would was okay to do so.

Wilson said consumer expectations are out of kilter with reality. “Labelling food and drink packaging as ‘compostable’ can cause consumers to see littering as harmless. Obviously a plant-based cup will break down eventually, but it is still an eyesore and contributes to other problems while it sits in a hedgerow or by the side of a road. “The industry is working hard to improve packaging and lower the environmental impact of convenience food and drink, but consumers are clearly frustrated at what they perceive to be a lack of facilities.

“Even if plant-based packaging goes to landfill, it is better for the environment as it breaks down naturally over time, something which normal paper cups don’t do because of the waterproof coating used. The fact that a significant amount of consumers think that ‘sending to landfill’ is a bad thing in and of itself suggests we could all be doing more to educate people on the benefits of plant-based food and drink packaging.”

“When consumers see ‘compostable’ on their packaging, they naturally think this means they can recycle their packaging at home. We feel that ‘plant-based’ is a more useful description.”